The Cisco Internetwork Operating System (IOS) is the kernel of Cisco routers and most switches. A kernel is the basic, indispensable part of an operating system that allocates resources and manages things such as low-level hardware interfaces and security. Cisco has created something called CiscoFusion, which is supposed to make all Cisco devices run the same operating system. But they don't, because Cisco has acquired devices that they haven't designed and built themselves. Almost all Cisco routers run the same IOS, in contrast to about half of their switches. The good news is that that number is growing pretty fast.

The Cisco IOS was created to deliver network services and enable networked applications. It runs on most Cisco routers and on an ever-increasing number of Cisco Catalyst switches, such as the Catalyst 2950.
Some of the important things that the Cisco router IOS software is responsible for include:

You can access the Cisco IOS through the console port of a router, from a modem into the auxiliary (or Aux) port, or even through Telnet or Secure Shell (SSH). Access to the IOS command line is called an EXEC session.

You can connect to a Cisco router to configure it, verify its configuration, and check statistics. There are different ways to do this, but most often, the first place you would connect to is the console port. The console port (CON or CONSOLE) is usually an RJ-45 (8-pin modular) connection located at the back of the router-by default, there's no password set. On the following picture is given original Cisco console cable, which is included in each Cisco router or switch. 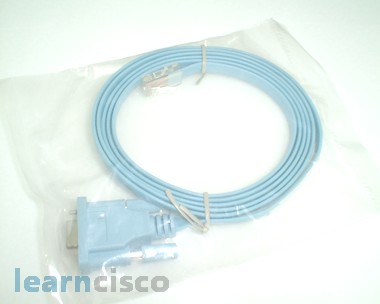 If you want to connect on the serial interface of the router, you can use hyper terminal with the following settings: 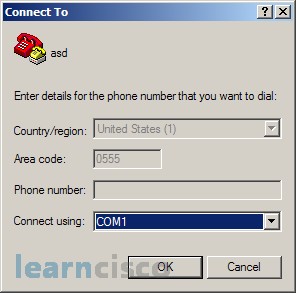 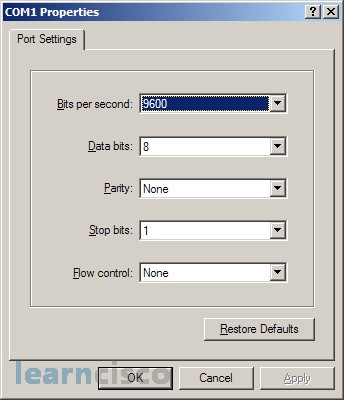 You can also connect to a Cisco router through an auxiliary port-which is really the same thing as a console port, so it follows that you can use it as one. But this auxiliary port also allows you to configure modem commands so that a modem can be connected to the router. This is a cool feature-it lets you dial up a remote router and attach to the auxiliary port if the router is down and you need to configure it "out-of-band" (meaning "out-of-the-network"). "In-band" means the opposite-configuring the router through the network.

The third way to connect to a Cisco router is in-band, through the program Telnet. Telnet is a terminal emulation program that acts as though it's a dumb terminal. You can use Telnet to connect to any active interface on a router, such as an Ethernet or serial port. As option you can configure your router to use secured terminal as SSH which is much better.

Here is an illustration of a 3745 Cisco router. Pay close attention to all the different kinds of interfaces and connections.

The 3745 router has two FastEthernet interfaces; there are no serial interface, so if we need them we must plug additional modules. This router also has one console and one auxiliary connection via RJ-45 connectors. A Cisco 3745 is a little bit old router, but he is still supported, so he has up to date IOS and functionalities. I have IOS for this router and I'm going to use this router for the most of the simulations and labs in this site.

This router can be easy simulated for test purposes (as I'm doing it) with Dynamips and Dynagen.