How to use Windows XP Mode running on VMware Player under Windows 8.1

Do you still use Windows XP? What about XP Mode?

We are using it a lot for our voice labs when we need to simulate remote branches. In fact we are using Windows XP Mode virtual machine with installed either Cisco IP Communicator or VTGO IP Blue to have an additional softphones.

Officially Windows XP died on April 8, 2014 but it is still quite popular OS, okay. In fact it is the third one (up to date) popular Windows OS operating system and it is used from almost 4% of our visitors. I'm saying that because even we are still using it a lot and it is pretty common for some dirty tests, especially if you are native Windows user. Microsoft did a great job with their Windows 7 when they offered the possibility to have a virtual machine running Windows XP. Windows XP Mode for Windows 7 makes it easy to install and run any programs that run on Windows XP directly from a computer that runs Windows 7 (or later, as we will see). And although Windows XP is officially dead, yet the XP Mode is still available for download. However Microsoft are advising us to use it only offline because of the expired support.

The official End of extended support for Windows 7 is announced as of January 14, 2020 which most probably means that until 2020 we will be still able to use Windows XP Mode for our dirty tests. Currently Windows 7 is the most used Microsoft OS among our visitors, but we cannot ignore the newer versions 8 and 8.1 which are growing constantly. The problem is that Windows XP Mode is not officially available for these operating systems and if you want to have a spare Microsoft OS, you have to install it from scratch on some virtual machine.

From all available virtualization vendors, Cisco products support only VMware - this is important! We prefer to keep the things as simple as possible so if we want to build a Cisco voice lab we would stick to the same virtualization platform for all components. Because of that, if I'm running my Cisco Unified Communications Manager on VMware Player, I would like to have my branches and Cisco IP Phones running on virtual machines sharing the same hypervisor. Here comes the next logical question - is it possible to run Microsoft Windows XP Mode on the latest VMware Player under Windows 8.1?

It is pretty simple to do that. The steps below are explaining the process to get running Windows XP virtual machine on your VMware Player from the official Windows XP Mode binary packet in less than 5 minutes. The result is a Windows XP virtual machine available for 30 days but as we are using this OS for tests, these days are more than enough. Of course, if you have an OEM key you can apply it and you will get a fully functional operating system.

Here are the steps:

Step 2: Use a program like 7-Zip to open the downloaded .exe file.

Step 3: Browse the archive structure and go to the \sources\xpm\ path. Extract the VirtualXPVHD file. 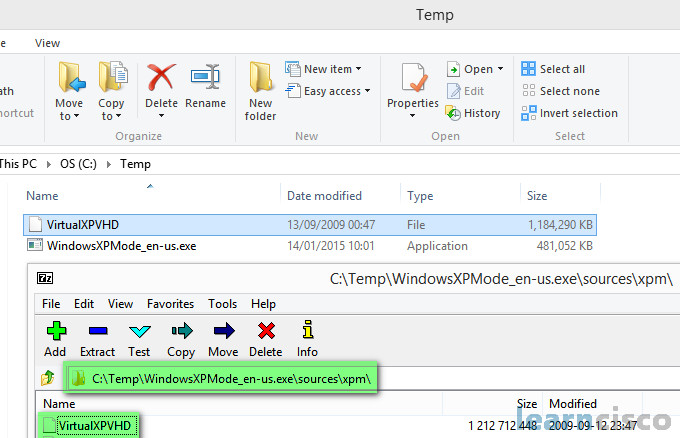 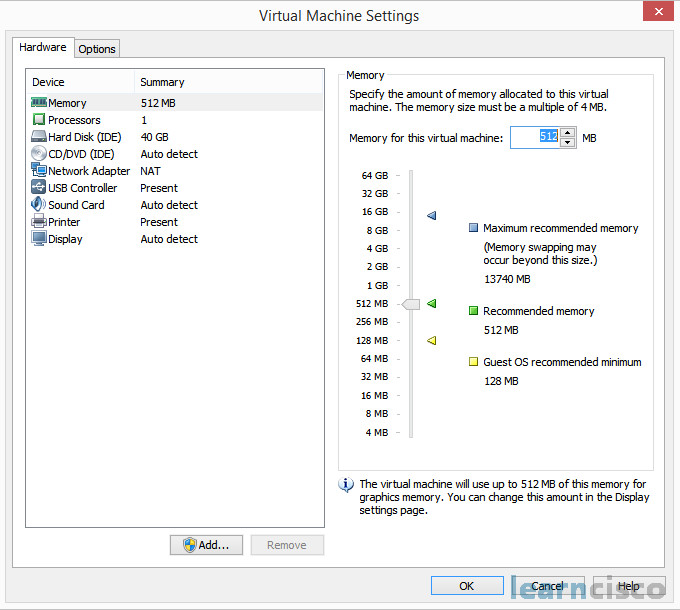 Step 5: Copy the extracted VirtualXPVHD file under the folder of your newly created virtual machine and rename it to VirtualXP.vhd 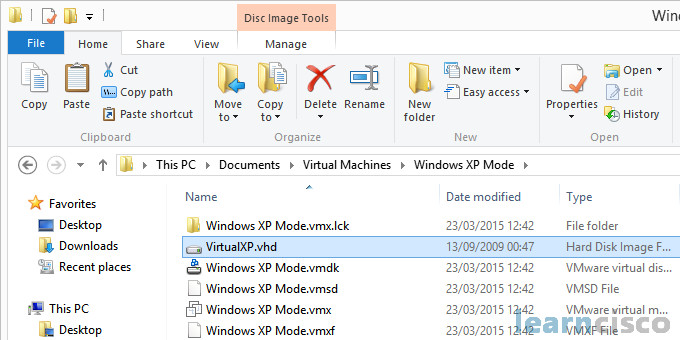 Step 6: Edit your virtual machine and add another hard drive. Right click on your VM and choose Settings - Add.

Step 7: Remove the first hard driver and change the ID of the second one to IDE 0:0. 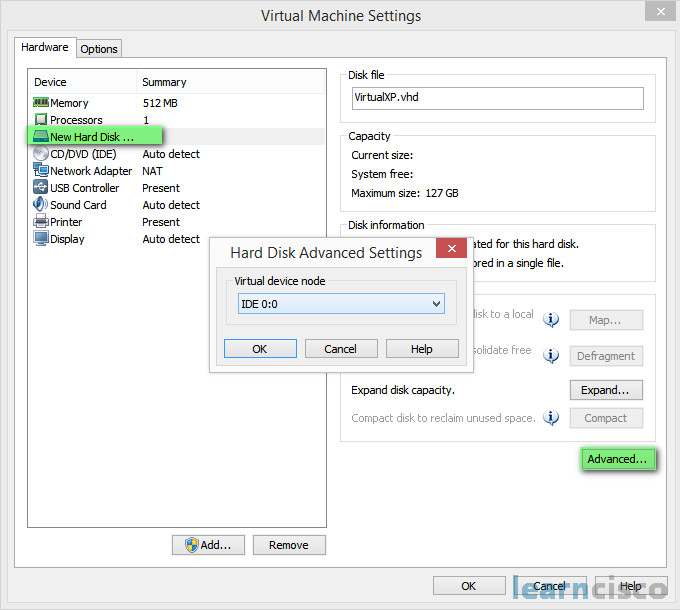 Step 8: Boot up your virtual machine. In the beginning you will not be able to use your mouse so you will have to navigate only with your keyboard while finishing the Sysprep. Accept the license agreement; use the default Regional and Language settings; configure a hostname and Administrator password. When everything is done there will be a black screen so you need to power off and on your VM.

Step 9: After the first boot the most important thing is to uninstall the Virtual PC Integration Components. This software is not compatible with VMware and it is causing the problems with the mouse. After removing it, reboot your virtual machine and your mouse should become usable. For smoother operation it is highly advisable to install VMware Tools. 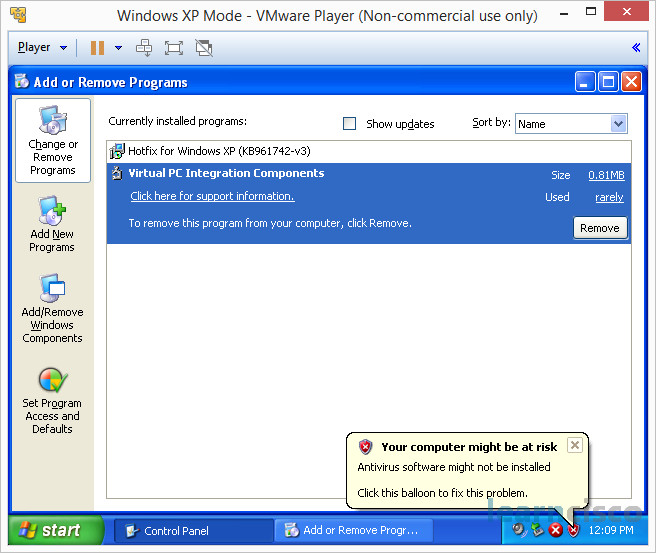 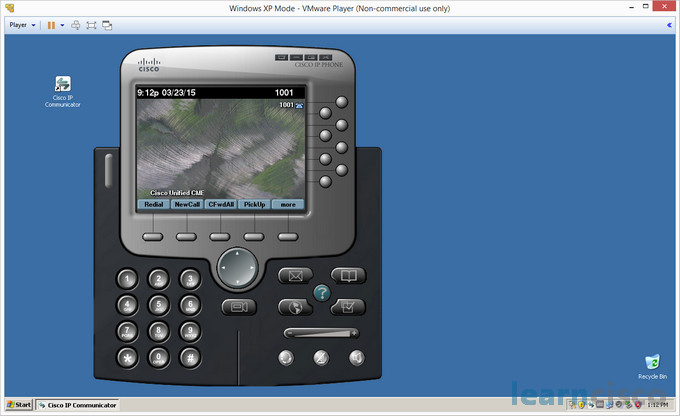